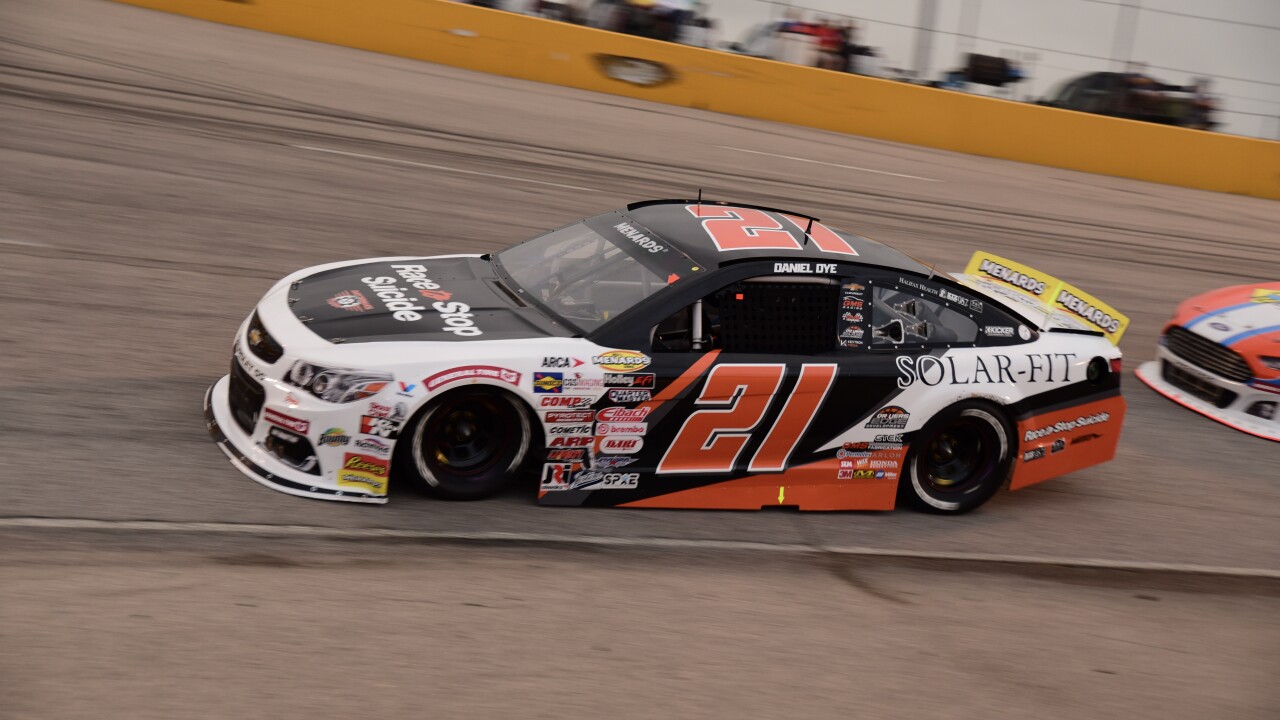 Daniel Dye is relatively new to the ARCA racing series.

The 17-year-old Florida native will be in the field on Saturday night at Berlin Raceway for the Zinsser SmartCoat 200.

Wednesday he was getting some practice in on the tricky oval track.

“It is definitely way different than anything I’ve done before,” Dye said. “This place isn’t like anything I’ve seen before so being here a couple days early, trying to get a head start on Saturday is pretty good.”

“It’s awesome being a help towards something that impacts a lot of people,” Dye said. “A lot of people suffer with it and don’t talk about it. We’ve talked to some people that have been close and we have kind of helped them out of that hole.”

Dye says the goal is to get people talking about it.

He has spoke about it at his middle school back home and they also try to spread the word in the places they race, partnering this week with Helen Devos Children’s Hospital.

“I love having it on the race car and helping people,” Dye said. “Just helping one person. If we would have helped one person over the last three years it would a have been worth it to save one life, but knowing that we’ve helped lower those numbers and helped save some lives is great.”